You’re going to hear me talk about ‘Dear Blue‘ or ‘Project Blue’ or ‘my novel’ time and time again if you decide to read my mental health diary, Confessions. I’m not here to speak in code, so let’s get into it.

Dear Blue came to me when I was in between my second and third year of college (the time it stuck). I was in my early twenties and hadn’t completed a novel since I was nineteen. I was firmly out of the carefree and creative realm of childhood and imagination, thrust into The Real World.

This new adult realm came with rules and fears of failure that had never plagued my adolescence. I had also attended many a creative writing seminar in which I learned about the rules of structure, character development, pacing, etc. And through my studies I learned that so much of what I had previously written was, in some way, wrong. At least according to the fiction gods. So, I stalled and got bogged down in planning and outlining books rather than actually writing them.

Then, the idea for Dear Blue sprang into my head.

It was a standalone novel based in contemporary Ireland, which was pretty far removed from my usual work on fantasy trilogies. So, I decided that I would write Project Blue as a throwaway novel, a scientific experiment. I would learn and obey the rules of writing in this one book and use it as a gateway piece into the publishing world. I planned to self-publish and make all of my mistakes with this first ‘throwaway’ novel so that when it came time to publish my epic fantasy murder mystery series, Souterrain, I would know exactly what to do and, more importantly, what not to do.

But then the inevitable happened. I fell in love with the story

It was a story about a nineteen-year-old guy suffering from depression who, one day, decides he can’t take it anymore. Armed with a brochure on battling depression from a doctor’s office, he decides to up and leave his family home in the middle of the night. He goes on a solo road-trip around the country, giving himself a week to follow all the tips and tricks to ‘cure’ himself of his depression. If at the end of the week he’s still sick, he plans to kill himself.

Along the way he meets a perky and persistent journalist who wants to document his story and, for good measure, he also comes face to face with some demons from his past.

Needless to say, I poured much more of myself into those pages than I ever expected to, pulling from some of my own childhood memories and my days of suicidal ideation. I wrote the first 46,000 words over the month of July during Camp NaNoWriMo and then I stalled. I was approaching the fairly harrowing midpoint and it hurt too much to write.

It’s been several years since then and I’ve only managed to boost the word count up to 65,000, despite many false restarts. Now, once again, I’m pledging to complete Project Blue.

Of course, you might be thinking, why now? What makes this time different?

It’s a great question and the answer is two-fold.

Firstly, I’ve hired an editor so I’m automatically held to a new level of accountability. I’ve brought someone else into this little publishing adventure of mine, so now I have a responsibility to someone other than myself. And what greater motivation is there than that?

Secondly, the timing is a little too perfect. Can you imagine a better time for me to write my novel about a young man trying to cure his own depression than now, a time when I’ve removed myself from my job in order to cure myself of my own depression? This blog is literally a catalogue of me trying to make myself mentally healthy and writing is one of the things I vowed to do more of with this time.

Um, is that a good idea?

Sure, the book has historically been a bit of an emotional undertaking so it might seem foolish to revisit it during this time when I’m already a bit fragile. I get that.

But also, the pain that went into the plot of this book is made up of memories that are currently cycling through my brain on a loop. In the last year or so, I’ve replayed those scenes over and over. They’re in my head now more than ever before.

So, honestly, I think that using those memories to fuel something creative (along with some intense therapy and medication) might be the best way to expel the power they have over me. I need to be free of them and I’m hoping Project Blue will help me get to that point. 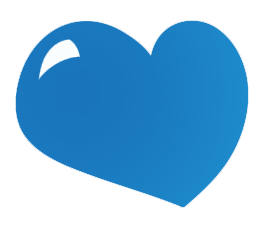